Your contribution will help
keep our oceans alive.
Donations are tax deductible in the U.S. 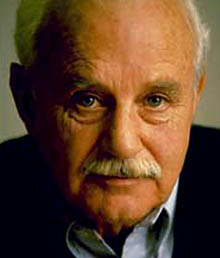 David McTaggart’s home for the last 12 years of his life was an olive farm on the outskirts of Paciano, a 14th Century walled village in the central Italian region of Umbria. Paciano sits on the flank of Monte Petravella, just below a nature reserve and overlooking Lake Trasimeno, Italy’s 4th largest, where Hannibal famously defeated the Roman army in 217 B.C. The hills of southern Tuscany rim the Lake on the far side.

The area around Paciano is dominated by agriculture, with olive oil its “green gold.” David and friends brought the abandoned farm back to life and, until his death, he produced a top quality organic olive oil, encouraging others in the area to switch to organic growing techniques. David’s affection for Paciano and the Pacianese was deep, and he wrote of the town in his autobiography, “I’ve lived in some beautiful places but this beats them all.” 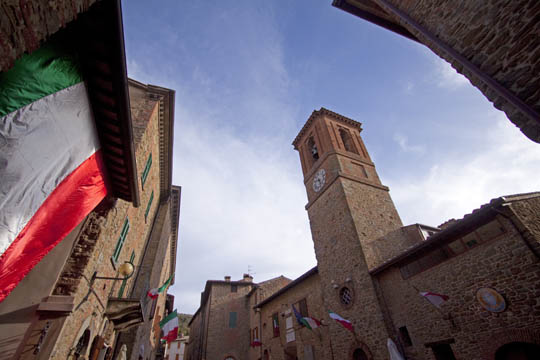 photo: Tim HoltPaciano, Italy
David and the town officials discussed over the years the possibility of creating a museum or environment center in town, based on a portion of his personal archives and showcasing the environmental issues to which he devoted so many years of his life, first for Greenpeace, then for 3MF. Since David’s death his dream finally became a reality when the Third Millennium Center opened in March 2014. It reflects Paciano’s own commitment to preserving its architectural, cultural and natural heritage. For this the town has been awarded a place in the Club of the “Most Beautiful Villages in Italy.” Programs involving the schools of Paciano and of the wider school district are being developed to encourage environmental protection and peace initiatives.

Canadian David McTaggart was a leading figure in the history of Greenpeace, credited with forging the various national factions that existed in the late 1970s in Europe and North America into Greenpeace International, of which he was Chair from 1979-1991. He first came into contact with Greenpeace in the early 1970s, when for two years in succession he and a small group of friends sailed his boat, the Vega, into the French atmospheric nuclear testing zone around the South Pacific atoll of Moruroa in protest at the tests and at France’s unilateral cordoning off of areas of high seas as a ‘no-go’ zone.

photo: GreenpeaceDavid McTaggart onboard the Vega in 1981
The second time he was badly beaten by French commandos who stormed the sailboat and took the crew into custody. McTaggart subsequently took the French Government to court, and after a lengthy litigation won a partial, and historic, victory in 1974; France announced the same year that it was stopping the atmospheric testing program. [Read more at Greenpeace.org: "Journey Into the Bomb"]

McTaggart’s experience in those early years definitively changed the course of his life, and he remained an effective and committed environmental campaign leader until his death in 2001.

Once he retired from Greenpeace in 1991 McTaggart became its Honorary Chair and continued to work on a number of issues through 3MF.

You can find more information about David McTaggart on his biography page on the Greenpeace International website.